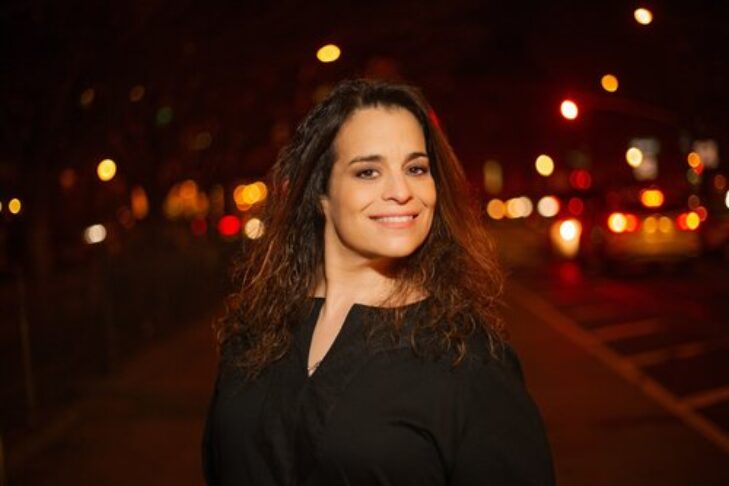 Get ready to LOL with this irreverent Jewish queen of the prank call, which can be heard on The Howard Stern Show. You’ll love her “girl power” attitude and connections to Jewish culture that shine through side by side. Plus, Atlanta local Amanda Marks will be opening the show with her hilarious comedy that is like your favorite bbq brisket, both inexplicably Southern and Jewish.

Come early to hang out, drink and eat and stay for the show. The brewery will be open and we will have a vegetarian food truck on site.

Jessica Kirson produced FX’s Hysterical, a feature-length documentary that premiered at SXSW 2021. The film explores the changing landscape of women in stand-up comedy and features Margaret Cho, Nikki Glazer, Chelsea Handler, Fortune Feimster, and other notable comedians. Her one-hour special Talking to Myself was debuted on Comedy Central. Jessica recently acted in and served as a consultant, producer, and writer on the Robert De Niro film The Comedian. She is a regular on This Week at the Comedy Cellar and has appeared on The Tonight Show with Jimmy Fallon, The Tonight Show with Jay Leno, The View, HBO’s, Crashing, and Kevin Can Wait. Jessica’s highly anticipated prank call album, The Call Girls, also featuring Rachel Feinstein, was released last year. Recorded virtually during the depths of quarantine, the album features characters such as old Jewish grandmothers, sexy co-eds, a conservative mother and her gay son, and more. These characters are also coming to life in her new podcast “Disgusting Hawk” with rave reviews. Through her “Relatively Sane” podcast, Jessica has interviewed the likes of Bill Burr, Jim Gaffigan, and Rosie O’Donnell. She was awarded “Best Female Comic” by the MAC association in New York City and received the prestigious Nightlife Award for “Best Stand-up Comedian.”

Neranenah Concert and Culture Series
Price
$15.00 Under 21 or Designated Driver
$18.00 Over 21: Includes one beer ticket