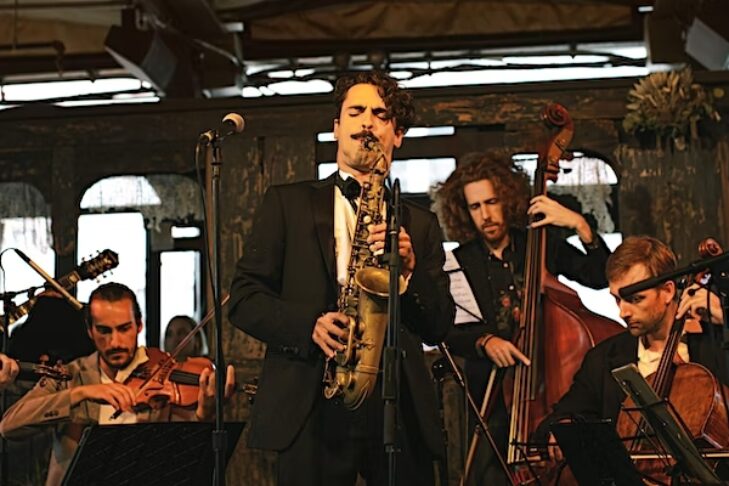 The Breman Museum and Neranenah will join forces again to bring you a special hometown performance by saxophonist Eddie Barbash on Thursday, October 20. He grew up in Morningside, and you probably know him best from his partnership with Jon Batiste in the house band on The Late Show with Steven Colbert. His throwback style and sentimental stories appeal to all ages and his out-of-the-box musicianship turns the saxophone into a bluegrass instrument. The show is an extension of our successful partnership – Side by Side: A Live Performance Series.

Hailed by Batiste as “one of the world’s most important saxophonists, with the unique ability to deliver pure melody through his horn,” Barbash is also a founding member of Cory Wong’s, Cory and the Wongnotes. His unique, unmistakable sound is featured on the Oscar-winning soundtrack of Soul.

The evening of music will begin at 7:30 PM on The Breman Museum’s stage and is a tribute to the memory of his grandparents, Murray and Lillian Barbash, and the music they loved. He will be joined by the award-winning KASA Quartet, guitar, bass and drums.