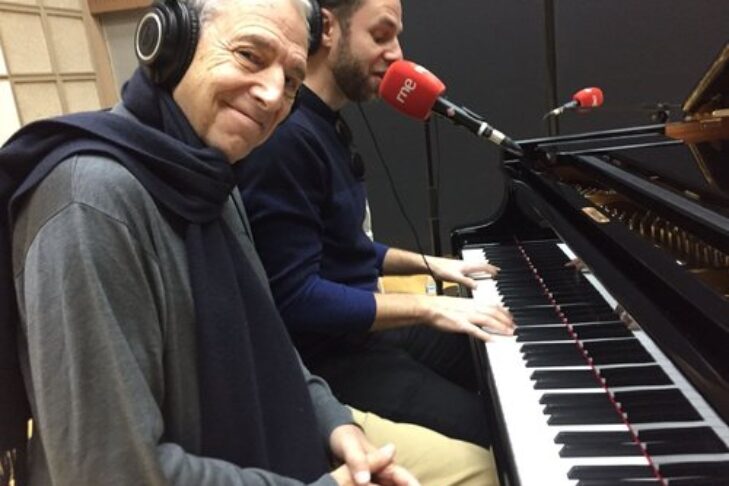 This Jewish father-son have been writing, producing, and playing music side by side for decades. We are thrilled to bring them to Atlanta for a special concert and conversation evening. While they each have their own style and influences, they complement each other perfectly. They don’t often share the stage, so you are truly in for a treat!

Ben Sidran is a legendary writer, pianist and producer. He is also the lyricist of a rock classic (Steve Miller’s “Space Cowboy”), award-winning national broadcaster, record and video producer (having played keyboards with or produced such artists as Van Morrison, Diana Ross, Michael Franks, Rickie Lee Jones, Mose Allison, Steve Miller, The Rolling Stones & Eric Clapton), scholar, author, and journalist. In college at University of Wisconsin he joined the Ardells, a Southern comfort party band led by frat boy singer Steve Miller and his friend Boz Scaggs. In 1993, Sidran combined his art with his soul on Life’s a Lesson, a jazz-infused collection of Jewish liturgical and folk songs, featuring singer Carole King and a host of jazz luminaries. In 2012, he received the Distinguished Alumni Award from the University of Wisconsin and published his long-awaited text on the Jewish influence on American popular music, There Was a Fire: Jews, Music and the American Dream. He has written many books including “Black Talk” and “The Ballad of “Tommy Lipuma.” His most recent album is an all-instrumental one called “Swing State.”

Leo Sidran is a multi-instrumentalist musician, producer, arranger, composer, recording artist, and podcast host. He got his start writing songs professionally as a teenager when the Steve Miller Band recorded four of his songs for their 1993 Wide River album. Subsequently, he attended the University of Wisconsin (like his father) to study History and Spanish. During a year abroad living in Spain, Leo fell in love with Spanish music, and developed a strong relationship with several Madrid- based “Latin alternative” artists like Jorge Drexler and Ana Laan. He co-produced the Academy Award Winning song, “Al Otro Lado Del Rio” from the film The Motorcycle Diaries with Jorge Drexler in 2005. As a drummer, he’s played and recorded with jazz luminaries including Phil Woods, Howard Levy, David Fathead Newman, Clark Terry and Dave Grusin, and as an engineer I’ve worked with artists ranging from Snarky Puppy to Massive Attack. He recently launched a podcast called “The Third Story” featuring interviews with musicians and other members of the creative class about their personal stories and professional journeys. Leo has also released six solo records, the most recent being 2021’s “The Art Of Conversation.”