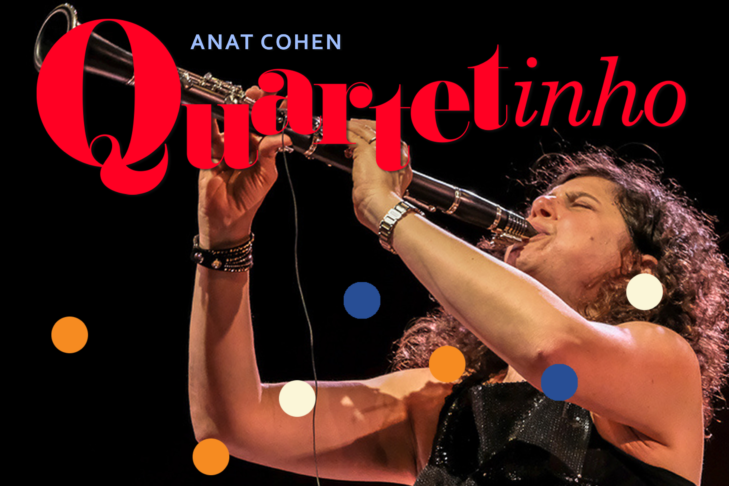 Quartetinho (pronounced “quar-te-CHIN-yo”) is Brazilian for little quartet, and on the tour that brings prolific jazz star Cohen to Atlanta, she is playing with her brand-new group. In addition to its namesake leader (clarinet and bass clarinet), the Anat Cohen Quartetinho features Vitor Gonçalves (accordion and piano), Tal Mashiach (bass and 7-string guitar) and James Shipp (percussion, vibraphone and electronics). Quartetinho was birthed from Cohen’s Grammy-nominated ensemble Tentet (of which each musician in Quartetinho also is a member) that released the highly lauded album “Triple Helix” in 2019.

Hailing from Israel, the U.S. and Brazil, this new quartet expands the deeply rooted Brazilian influences of Cohen’s music to embrace exciting new sonorities, including acoustic and electronic sounds.

The group is touring in conjunction with the release an album of the same name, “Quartetinho,” which includes originals by Cohen, Mashiach and Shipp along with material by the great masters Antonio Carlos Jobim, Egberto Gismonti and more. The result is boundlessly melodic and lyrical, with a wide array of timbres and subtle details of orchestration. The Minneapolis Star-Tribune recently praised the album for delivering “the intimate, eloquent lyricism of chamber jazz seasoned with ethnic sounds.”

Ever charismatic, prolific and inspired, Cohen has won hearts and minds the world over with her expressive virtuosity and delightful stage presence. She is a perennial winner of “Clarinetist of the Year” titles from DownBeat, JazzTimes and the Jazz Journalists Association.

“What’s not to love about a young clarinetist and saxophonist who plays everything we love – modern jazz, world music, ‘hot’ New Orleans style jazz – and does it all brilliantly?” the Wall Street Journal has asked.

The Washington Post has written, “Memo to jazz producers and promoters across the world: If you want your jazz festival to be festive, have Anat Cohen open it.”

In concert, Cohen boasts a growing reputation for her easy way of connecting with her audience. In an interview last year, she discussed that relationship:  “Ultimately the notes we play, they’re just a tool. The goal is to create an emotional impact. I’m a little bit selfish here because I don’t want to go to the other side of the world, and do three Covid tests, take a few flights and then arrive at a place and just play notes. That’s not enough for me. I want to get offstage knowing that it was meaningful to me, that I connected to the other musicians, and, by that, hoping we connected to the audience and took them on a little journey.” 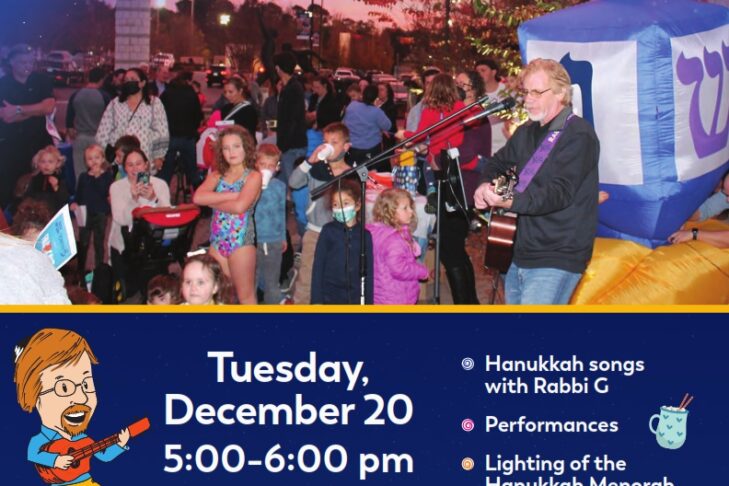 Hanukkah Celebration at the JCC 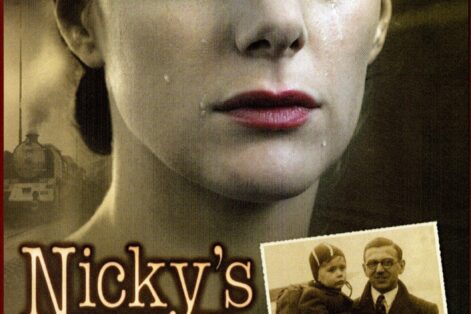 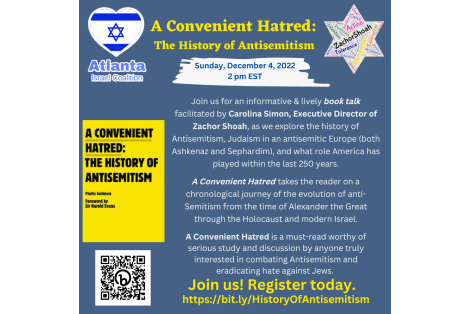 Web Talk- A Convenient Hatred: The History of Antisemitism 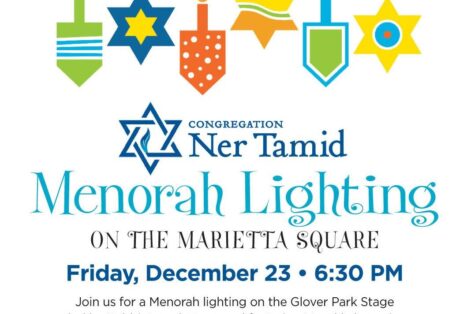 Menorah Lightning on the Marietta Square 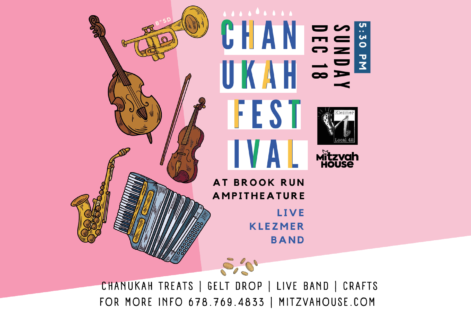 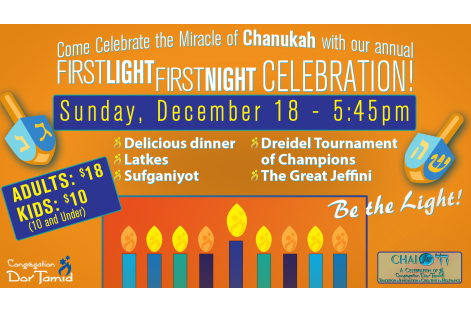 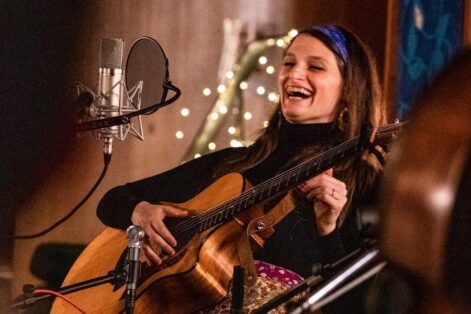 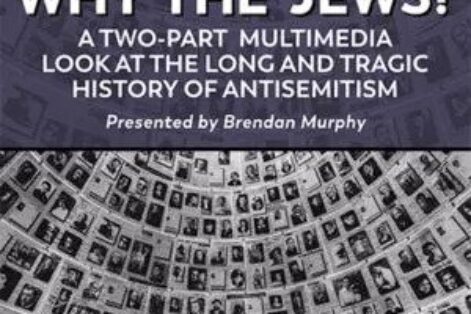 Why The Jews? With Brendan Murphy 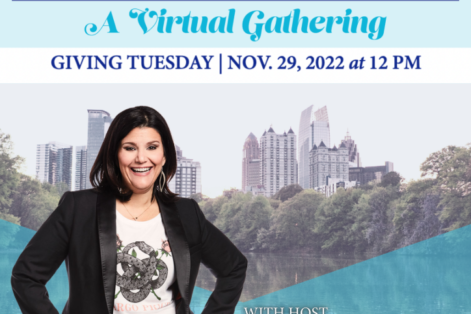 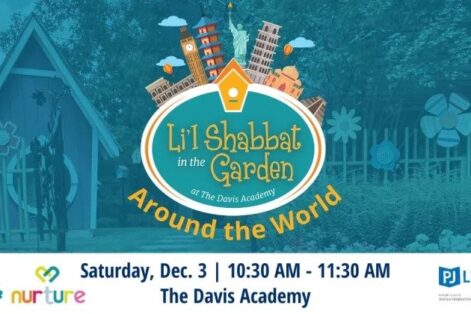 Li’l Shabbat Around the World 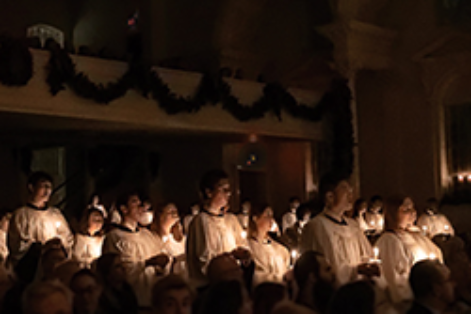 A Festival of Nine Lessons and Carols
Edit

Be a Pinch Hitter on Christmas Day! It’s a Mitzvah!

Zoom Into Hanukkah With Hadassah

On the use and misuse of literature in Israeli political debate