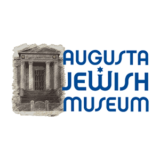 Opening to the Public in July 2021, the Augusta Jewish Museum is a regional Center for Education and Understanding. The four pillars of learning for all ages include Jewish Contributions to the CSRA (GA/SC), Jewish Traditions, Remembering the Holocaust and Israel, the land and people.

Originally opened in 1869 in Augusta, the Synagogue of the Congregation of B’nai Israel (Children of Israel) is the oldest standing synagogue in the state of Georgia and one of the oldest in the United States. Its congregants came from nearby Hamburg and Aiken SC as well as the Augusta GA area. Located in the heart of Augusta, GA’s Historic District, it stands next to the original Court of Ordinary, built in 1860 which is also historically significant since it is an early fireproof building in Georgia.

In 2015, the news swept through Augusta that the City of Augusta planned to demolish the two historic buildings to make room for additional municipal parking. Augusta’s Jewish community, led by a local historian Jack Steinberg (OBM) as well as many others in the CSRA community leaped into the fray to save these two historic structures.

A coalition of concerned citizens was swiftly formed from both the Jewish and non-Jewish communities. They attended every City of Augusta meeting to protest the destruction until the City of Augusta agreed to not demolish the buildings. Leaders of Historic Augusta and members and friends of the Jewish community formed an alliance to restore the buildings and transform them into the Augusta Jewish Museum. The buildings would be completely restored and become a center of learning and awareness for all filled with exhibits and programming chronicling the life, history, and contributions of the Jewish Community in the Central Savannah River Area as well as educate about Jewish Traditions, the Holocaust and Israel the land and people.

On Tuesday, April 21, 2020 the Augusta Commission approved the plans for the construction of the Augusta Jewish Museum Phase One of the Court of Ordinary renovation. It will open to the public in Summer 2021. Future Phase Two will include a rental assembly hall (restored sanctuary), theatre, offices, classrooms, collection management space and garden areas. Our mailing address is Augusta Jewish Museum, PO Box 14279, Augusta GA 30901.

Dive Into The Magical World Of Cirque!

Preparing for Passover every year sends me back into the past.

Allan Tanenbaum’s journey at JF&CS has included helping to build families through Cradle of Love as well as making sure all Jewish families are able to celebrate Passover. This...

A mutual love of Rubik's Cube quickly brought this Big and Little Pal together!

HAMSA is excited to share our first ever Passover resource guide: The Seder Through the Lens of Recovery: A New Take on an Old Ritual!

The Letters Project: Conversing Across Narratives

Based on Yossi Klein Halevi's bestselling book, Letters to My Palestinian Neighbor: With an Extensive Epilogue of Palestinian Response, the contest runs through May 17

Back by popular demand! Join the Atlanta Israel Coalition for RE-DISCOVERING THE LAND OF ISRAEL, a series of five FREE virtual tours of Israel with tour guide David...

Hillel’s of Georgia is pleased to announce that Sydney Harlow has been appointed Program Director for Hillel at the Georgia Institute of Technology.