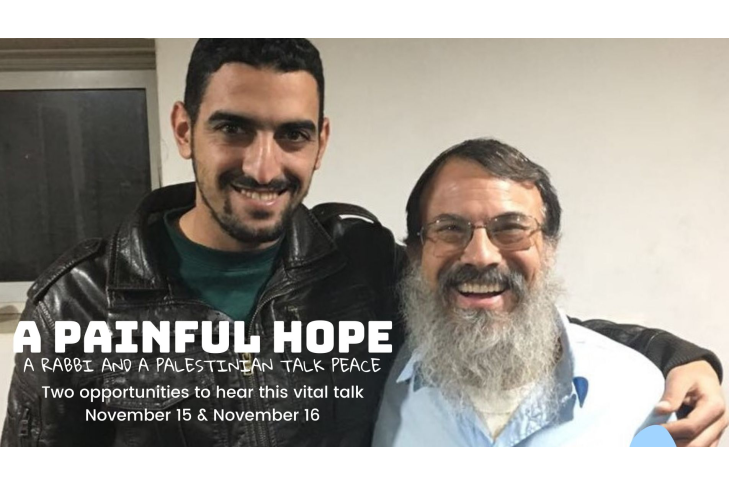 Don’t miss this opportunity to hear this vital dialogue between an Orthodox Israeli settler and a Palestinian activist as they tell their personal stories and of their efforts to build a better future.

Please join us for an evening with Rabbi Hanan Schlesinger and Shadi Abu Awwad of Shorashim/ Judur/ Roots. They come with no ready peace plans in hand, but only with the conviction that human understanding and trust will be the prerequisites for lasting justice, freedom and peace on that tiny sliver of land that they both call home.

This event is sponored by JCRC Atlanta, Atlanta Israel Coalition, Congregation Bet Havrim, Congregation Gesher L’Torah and the Atlanta Rabbinical Association. Many thanks to Congregation Or HaTorah in Toco Hills and Rabbi Adam Starr for Shabbat hospitality.

Palestinians ad Israelis in the West Bank/Palestinian Territories/Judea and Samaria often live in geographical proximity – yet in separate universes. In the Gush Etzion-Bethlehem-Hebron area, Roots is changing that reality.

Rabbi Hanan Schlesinger is an Orthodox rabbi and teacher, and a passionate Zionist settler who has been profoundly transformed by his friendship with Ali Abu Awwad, a leading Palestinian nonviolence activist. The two of them were part of the core group that founded Roots in the beginning of 2014.

Shadi Abu Awwad is the grandson, son and nephew of strong proud Palestinian leaders who were at the helm of the First Palestinian Intifada (Uprising). He grew up imbued with a deep hatred for Israelis. When still a child, his family underwent a major transformation and were among the pioneers in reaching across the divide to their Jewish neighbors to work together in order to create a shared vision for the future. Shadi created the Roots youth program and was its first director. Local Palestinian and Israeli teenagers, who would otherwise never met each other, learn to acknowledge each other’s humanity and become a new type of leader who can work together with the other side – and not against it – to create a better future for their peoples.

More information on the inspiring grassroots projects being done by these Israelis and Palestinians at www.friendsofroots.net.

JCRC of Atlanta
Supported by: 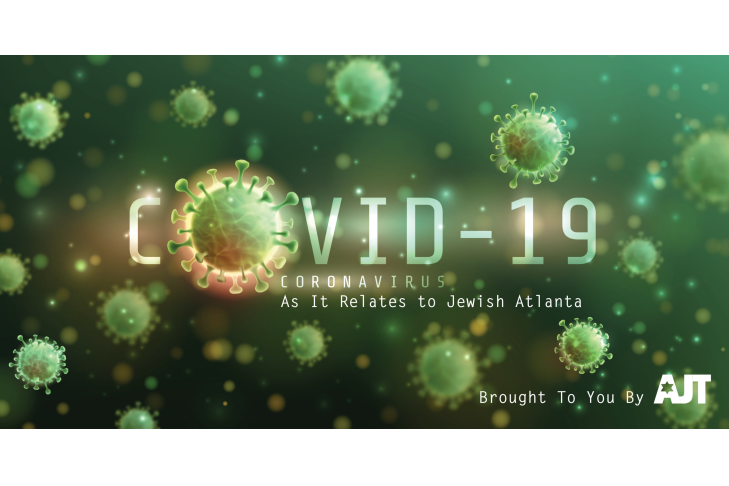 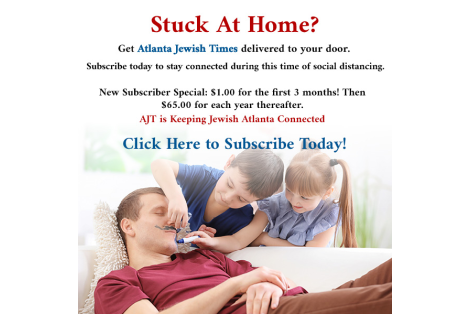 Stuck at Home? AJT is Keeping Jewish Atlanta Connected during this time of social distancing
By Atlanta Jewish Times 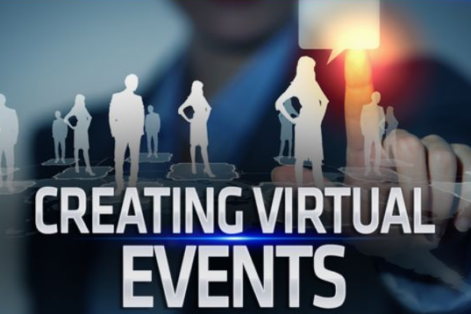 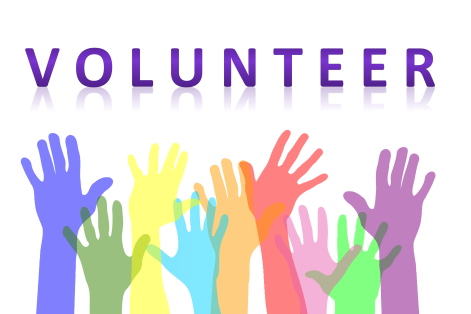 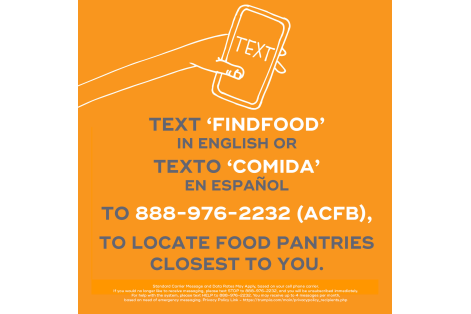 GRATITUDE – IN A TIME OF SOCIAL DISTANCING

By Jewish Federation of Greater Atlanta

By My Jewish Learning