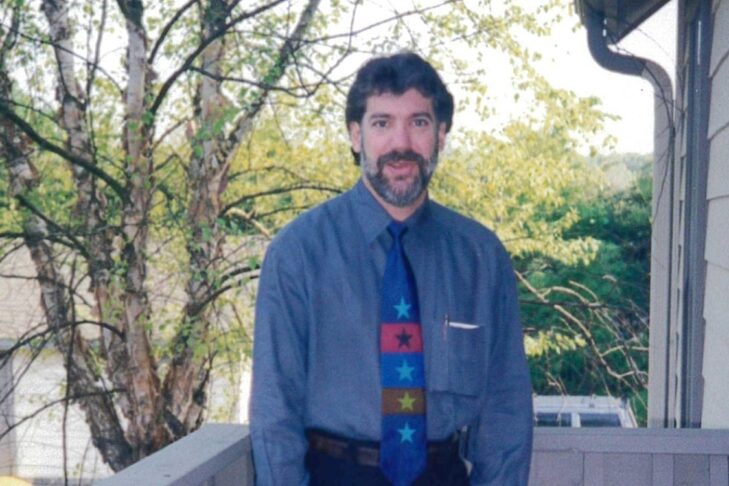 What inspires someone to include JF&CS in their will? For Craig Codon White, including JF&CS in his will was his way of honoring two people he greatly admired – Ellen and Mel Moore.

Craig moved to Atlanta in the late 1970’s to start medical school at Emory University. While there, he met law school student Joel Arogeti, who became his roommate, friend, and later, his lawyer.

“Craig was a quintessential hippie and he had a common love of people and humanity,” remembered Joel.

Not only did Craig have a real love for humanity, but he embraced life. He was an accomplished cook, entrepreneur, explorer, photographer, skier, voracious reader, and aficionado of the arts, politics and history. According to Joel, “Craig was well-known for bringing people together over meals. He was a bridge builder.”

Craig helped people for most of his life despite having hardships of his own. While in medical school, he diagnosed himself during his second year with cancer which was then confirmed by his doctor. He managed this health crisis with the support of many family members and friends, including his mentor, Dr. Mel Moore, and his wife, Ellen (pictured below).

Craig’s desire to bring people together followed him after his graduation from medical school. He spent several years working in public health at the Center for Disease Control in the late 1980’s during the AIDS epidemic. Later, he left traditional medicine and opened his own furniture company – Innovations – located in Midtown. Craig focused on hiring people who had a challenging time finding employment. This included many in the LGBTQ+ community and people with chronic diseases. The employees he hired quickly became his Atlanta family.

In July 2000, Craig faced another challenge when he was diagnosed with a second bout of cancer. During the next 20+ years of battling this disease, he gave a lot of thought to how he wanted to leave his legacy. Craig left a gift to JF&CS because the organization’s mission aligned with his values. He also decided that a gift to JF&CS was the perfect way to honor his admiration of Ellen and Mel Moore.

Craig passed away on December 31, 2020 at the age of 66. Ellen recently learned of Craig’s decision and was extremely touched by his gesture to make a planned gift in her and Mel’s honor. She shared that “it was a privilege to be in Craig’s life. He was always so grateful and lived life to the fullest. He was an inspiration in how he lived his life when adversity struck.”

Craig continues to help people through his legacy gift. If you are interested in making a planned gift through the JF&CS Life & Legacy Program, please contact Stacy Fialkow at sfialkow@jfcsatl.org or 770.677.9357.