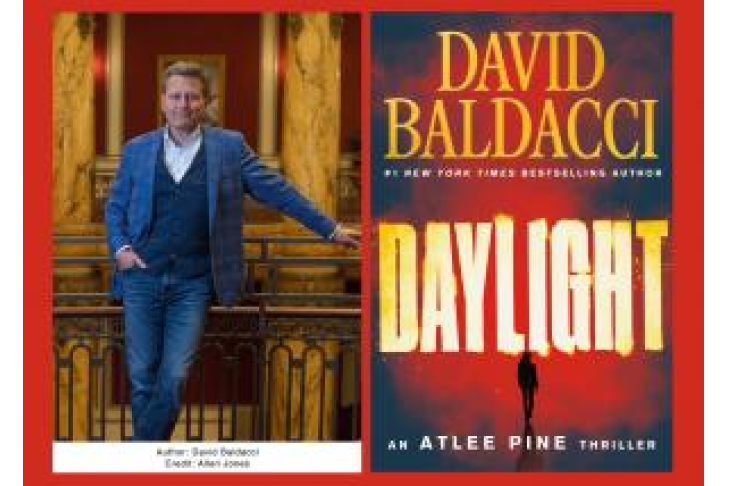 FBI Agent Atlee Pine’s search for her sister Mercy clashes with military investigator John Puller’s high-stakes case, leading them both deep into a global conspiracy — from which neither of them will escape unscathed.

For many long years, Atlee Pine was tormented by uncertainty after her twin sister, Mercy, was abducted at the age of six and never seen again. Now, just as Atlee is pressured to end her investigation into Mercy’s disappearance, she finally gets her most promising breakthrough yet: the identity of her sister’s kidnapper, Ito Vincenzo.

With time running out, Atlee and her assistant Carol Blum race to Vincenzo’s last known location in Trenton, New Jersey — and unknowingly stumble straight into John Puller’s case, blowing his arrest during a drug ring investigation involving a military installation.

Stunningly, Pine and Puller’s joint investigation uncovers a connection between Vincenzo’s family and a breathtaking scheme that strikes at the very heart of global democracy. Peeling back the layers of deceit, lies and cover-ups, Atlee finally discovers the truth about what happened to Mercy. And that truth will shock Pine to her very core.

David Baldacci is a global #1 bestselling author, and one of the world’s favorite storytellers. His books are published in over forty-five languages and in more than eighty countries, with 150 million copies sold worldwide. His works have been adapted for both feature film and television. David Baldacci is also the cofounder, along with his wife, of the Wish You Well Foundation, a nonprofit organization dedicated to supporting literacy efforts across America. Still a resident of his native Virginia, he invites you to visit him at DavidBaldacci.com and his foundation at WishYouWellFoundation.org