While preparing for my summer 2018 visit to Ireland and Northern Ireland, I came across a March 2012 program produced by Dublin City University’s School of Communication and Inter Faith Center featuring Zalman Lent, rabbi of the Dublin Hebrew Congregation, as its guest. Asked by one of his interviewers about places of Jewish significance in Ireland, Rabbi Lent highlighted Dublin’s synagogues and the Irish Jewish Museum, and added that the city’s old Jewish cemetery in Ballybough was a noteworthy place to visit, too.

“I think there’s actually a book of poems…I think it’s called Elegy—Mud Island Elegy—that was written about the graves in the Ballybough Cemetery. That’s quite interesting,” Rabbi Lent said.

Curious about this Irish poetry collection dealing with a Jewish cemetery, I searched online for the book and information about its author. Though out of print, I succeeded in procuring a copy of Mud Island Elegy (2001) that was once owned by University College Dublin’s library. Mud Island Elegy was composed by Gerry Mc Donnell, a contemporary Irish poet and Dublin resident who subsequently wrote a number of other Jewish-related works put out by the Belfast-based Lapwing Publications.

Now a retired civil servant, Mc Donnell’s Lapwing oeuvre includes Lost and Found (2003), an extended poem about a homeless Jewish man living in Dublin’s Phoenix Park and intimated to perhaps be one of the thirty-six righteous ones who, in rabbinic lore, ensure the continued existence of the world; James Joyce: Jewish Influences in Ulysses (2004), a slender volume of poems and short essays revolving around Joyce’s choice to make Leopold Bloom, the main character of his immense stream of consciousness novel, ethnically Jewish; and I Heard an Irish Jew (2015), a collection of selected poems and prose with Jewish content.

The final poem in I Heard an Irish Jew is “The Missing,” which references Irish mythology as part of a crushing critique of how Irish bureaucracy prevented Jews from finding refuge outside Nazi-controlled Europe. The poem begins:

The children of the tribe of Dan
of the Tuatha De Dannan,
Esther in the middle
the twins David and Michael on either side
and Daniel in front of her
came to our door
and we closed it on them.
The birds stopped singing
and never sang again.

In the introduction to Mud Island Elegy, Mc Donnell describes how he grew up in the area of Dublin once known as Mud Island, containing the Fairview and Ballybough neighborhoods, but only became aware of its Jewish cemetery as an adult.

“On Fairview Strand, where at one time the sea lapped the shore, is a curious house with a more curious date over the door. As a child I wondered at this date which reads 5618. I wondered was it 1856 in reverse,” he recollects in the introduction. “The puzzle over that date, cut in stone, remained unsolved for me until recent times. I discovered that the house is the caretaker’s house for a Jewish cemetery which lies behind it.”

Having ordered, received and read several of his books, I hoped I might be able to see Mc Donnell when I arrived in Ireland, but my initial emails to him were all returned undelivered. Eventually, with the help of Lapwing’s Dennis Greig—who shares Mc Donnell’s inquisitiveness about Jews—I was able to inform Mc Donnell of my desire to connect in Dublin and discuss his work.

“I’ve received your correspondence from Lapwing Publications. I would like to meet you,” Mc Donnell informed me in an email. “I was thinking of the Westin Hotel on Westmoreland Street near Trinity College. I haven’t been in it recently but my memory of it is a spacious and quiet hotel. We should be able to find a suitable spot in which to talk.”

On the agreed upon day, I made my way to the Westin Hotel from Trinity College’s Manuscript and Archives Research Library, adjoining the famous Long Room, to which I’d been granted access during my stay in the city in order to try to gather information on Theodore Lewis, the Dublin-born and Trinity College-educated rabbi who moved to Rhode Island and then served as spiritual leader of Newport’s Touro Synagogue for 36 years.

After I located Mc Donnell, we found a quiet spot to sit, ordering coffee and cookies. I’d asked him for a copy of one of his works that I hadn’t been able to purchase, Martin Incidentally: A Novella (2013), the concluding story of which deals with Ireland’s failure to aid Jews trying to flee the Nazis during World War II. Mc Donnell presented me with the novella and also gave me a 2016 Romanian translation of his I Heard an Irish Jew.

The Romanian book’s front cover displays a black and white photograph of one of Ireland’s most famous Jews, Yitzhak HaLevi Herzog, the Polish-born rabbi who lived on the Emerald Isle for twenty years, became Chief Rabbi of Ireland, was later appointed Ashkenazi Chief Rabbi of British Mandate Palestine, and then became the first Ashkenazi Chief Rabbi of the state of Israel. The rabbi’s Belfast-born and Dublin-raised son, Chaim Herzog, was Israel’s sixth president. Chaim Herzog’s son, Yitzhak “Bougie” Herzog (named after his grandfather), who was formerly chairman of Israel’s Labor party, is Israel’s current president.

I asked Mc Donnell about his literary focus on Irish Jews.

“I don’t know why I was so interested in Jewry, except for that caretaker’s door we were fascinated by as kids,” he replied, referring to the Ballybough Cemetery. “I bought a copy of Louis Hyman’s Jews of Ireland: From Earliest Times to the Year 1910 from the mother of a friend of mine. It had a registry of deaths, and my imagination just went wild with it.”

Joyce’s decision to place an ethnic Jew at the center of Ulysses—in part because he wanted a character who was a foreigner, representing the unknown and arousing the contempt of his Dublin neighbors—influenced Mc Donnell as well.

“Ulysses and Bloom also played a role. I felt an outsider myself as a writer,” Mc Donnell explained. “I was interested in the Other—in the Jews. In Dublin, they were outsiders. If you wanted a subject to write about, what better one?”

Though still a literary outsider, Mc Donnell has no regrets about the decades he has labored writing.

“It certainly was time well spent. It was certainly better than working in the civil service. I never considered that my career. I considered writing my career,” he said, adding, “I still feel like I’m outside the inner circle of core Irish writers. I’m not good at publicizing my work.”

His persistent self-identification as an outsider may help explain why he continues to be so drawn to Jewish characters.

In August 2017, Mc Donnell was invited to read some of his poetry at the Irish Jewish Museum during the country’s Heritage Week. When I visited the museum, I spotted a copy of his I Heard an Irish Jew in its collection of literature connected to Irish Jewry. Nonetheless, during our conversation, Mc Donnell disclosed a degree of uneasiness with being a non-Jewish writer of poems, stories, and plays about Jews, as well as a recognition that he’s selected an obscure subject with a limited audience.

“I’ve always felt a bit of an interloper when I was writing about Jewish stuff, not being part of the community, and yet I can’t really get away from it,” he relayed. “With the Jewish material, there are not going to be people queuing up at bookshops, and yet it’s what I’ve chosen to do. Or maybe the subject chose me?”

Shai Afsai’s “A Persistent Interest in the Other: Gerry Mc Donnell’s Writings on Irish Jews” was published in Studies: An Irish Quarterly Review, Autumn 2019, pp. 298-312. For more by Afsai related to Irish Jewry, see here. 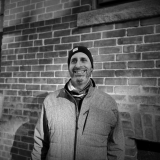 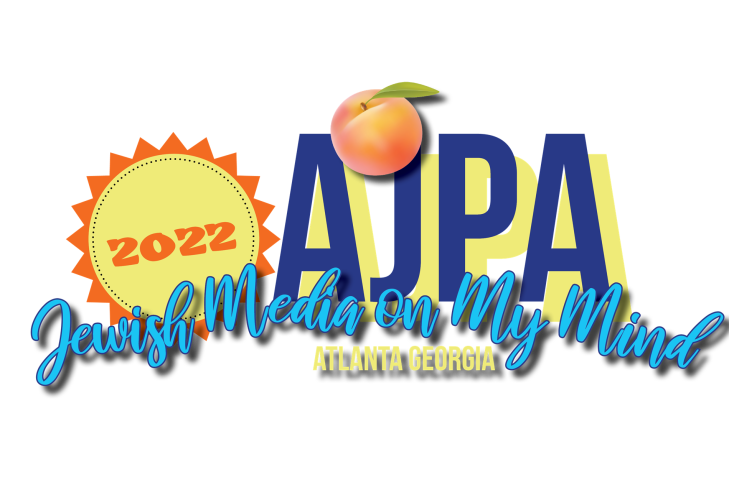 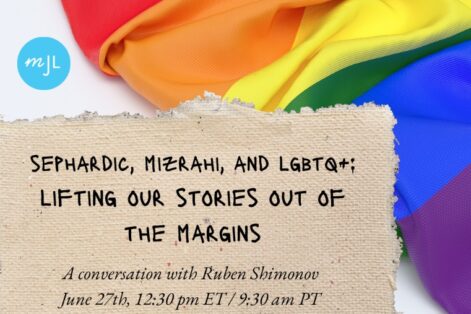 Lifting Our Stories Out of the Margins 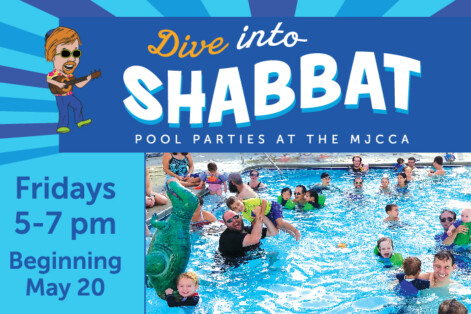 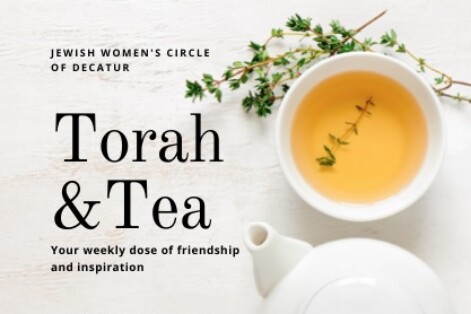 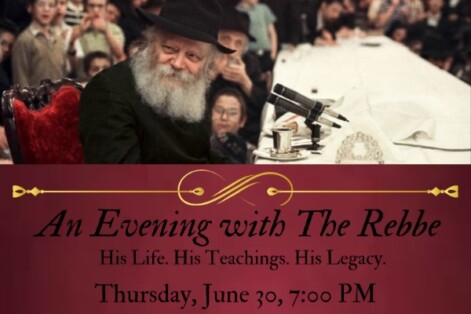 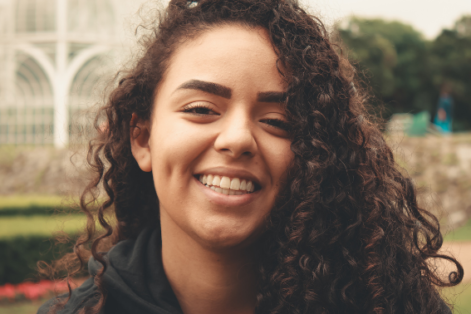 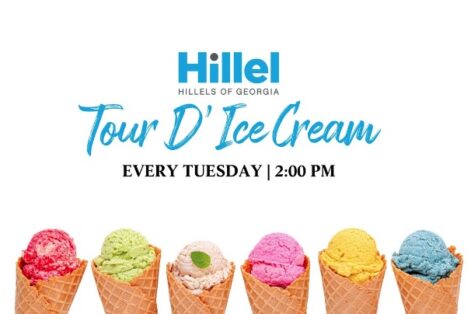 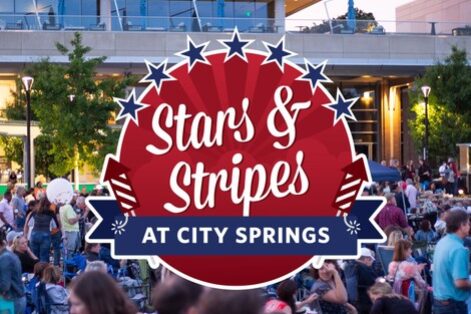 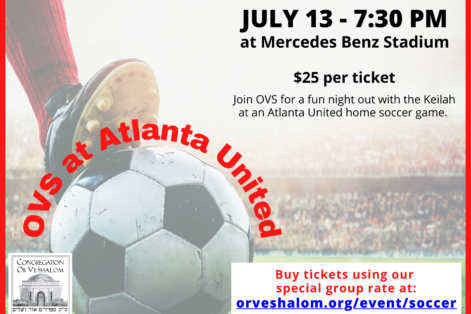 Lifting Our Stories Out of the Margins

JF&CS and Volunteers Make a New Home for Ukrainian Evacuees