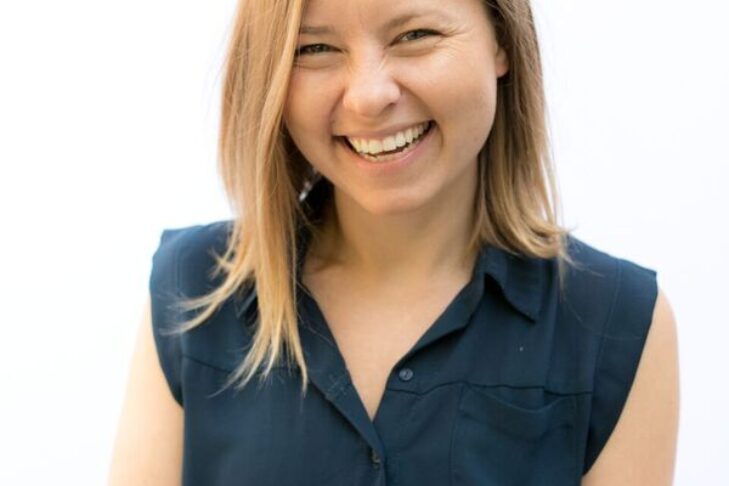 As a young girl in Ukraine, Ana didn’t know that she had Jewish heritage—her father had kept his identity a secret in the oppressive USSR. Their family lived only 90 miles from the Chornobyl disaster site, and after the fall of the Soviet Union, Ana’s parents felt they were no longer safe. When they heard a radio ad from the Jewish Agency for Israel (JAFI) about making Aliyah to Israel, they knew they had to take the opportunity. At 6 years old, Ana left Ukraine to begin life as an openly Jewish girl in Israel.

Ana began her journey in the nonprofit Jewish world working for Emory Hillel. She went on to earn a master’s degree in Jewish Professional Leadership and a master’s in Nonprofit Management at the Hornstein Jewish Professional Leadership Program and The Heller School for Social Policy and Management at Brandeis University. In 2021, she became the Executive Director of the Columbia Jewish Federation. “I felt a call to lead, as a triple-outsider: a young, female, foreigner,” she says.

When the war in Ukraine began this spring, Ana’s resolve and leadership were immediately put to the test. She and her parents planned to meet in Israel in early April for Passover—a week before Russia invaded. Her parents had only brought small suitcases with them, but they found themselves stuck, unable to return home. It would have been easy to feel paralyzed, but Ana leaped into action instead.

She changed her travel plans, and instead of going to Israel, she traveled to the Ukraine/Poland border and spent two weeks volunteering with refugees. While there, she met many Jewish and non-Jewish people whose lives would never be the same. She remembered what it felt like to flee her home at 6 years old.

“I think my story is one of going from hiding to providing,” she says. But she is adamant that you don’t have to give much to give back. “You don’t need to be rich to make a difference; my family was changed forever because of a radio ad.” She thinks of that ad often, mainly because JAFI is one of the Federation’s partner organizations.

“The money we allocate impacts people on so many different levels. I’m a living example of someone who benefitted from the Federation system and now can give back to it.”

Supporting the Federation means supporting people in need worldwide, and Ana wants people to understand how meaningful their time and donations are to those who are struggling. “People need to keep Ukrainians in their hearts, their minds, and their actions. That’s how we make a difference.”

Ana Sazonov is the featured speaker at the Women’s Philanthropy Fall Event on October 26, 2022. To learn more about the event, click here.

To give to the Federation’s Partners Fund, click here.