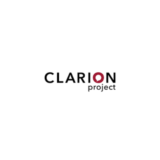 Clarion Project is a non-profit organization that educates the public about the dangers of ideological extremism.
Clarion’s award-winning films, seen by more than 125-million people, expose how extremists use terrorism, murder, the subjugation of women, indoctrination of children, religious persecution, widespread human rights abuses, nuclear proliferation and manipulation of the media — to threaten Western values.
The ClarionProject.org web site delivers news, expert analysis, videos, and more about Islamism, white supremacy, neo-Nazism, Antifa, and other extremist ideologies while giving a platform to anti-extremist activists to speak out and have their voices heard.

Web Talk with Raheel Raza: How one Muslim activist came to support Israel

The global virus COVID-19, which has killed hundreds of thousands and infected millions, has affected every aspect of our daily lives. But there is one thing...
Free
Edit

“Unto Every Person There is a Name” Ceremony

Bringing the Golan Heights to the USA

A Painful Hope: A Rabbi and A Palestinian Talk Peace

A Painful Hope: A Rabbi and A Palestinian Talk Peace