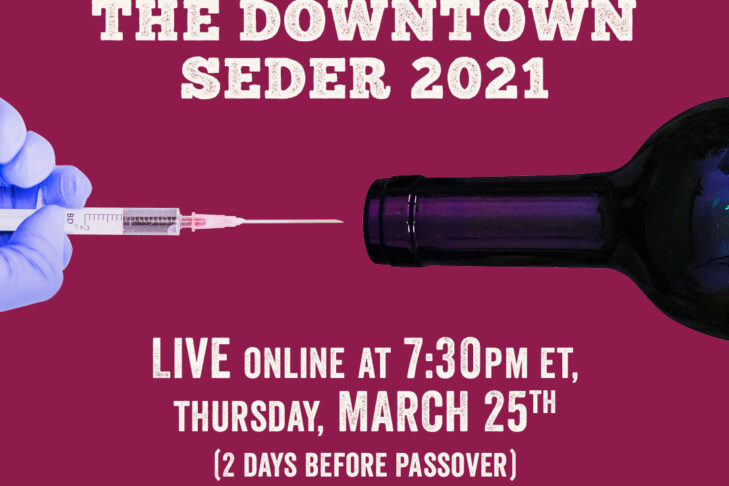 City Winery is proud to announce its annual Downtown Seder, taking place on Thursday, March 25, two days ahead of Passover, live from City Winery Pier 57 and at-home streamed around the globe.

The highly anticipated interpretive Seder will feature blessings from four Mayoral candidates including Andrew Yang, Scott Stringer, Ray McGuire, and Kathryn Garcia who will speak on one of the four glasses of wine; comedic performances by Lewis Black, Judy Gold, and Mark Normand; musical performances by David Broza, Idan Raichel, Marc Cohn, Perry Farrell, Max Weinberg, and Speech of Arrested Development. There will also be greetings from Dr. Ruth, Al Franken and more.