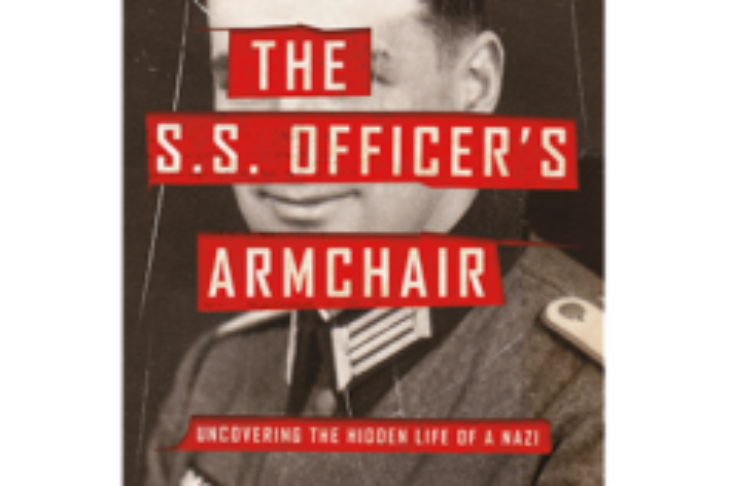 The SS Officer’s Armchair: Uncovering the Hidden Life of a Nazi

Based on documents discovered concealed within a simple chair for seventy years, this gripping investigation into the life of a single S.S. officer during World War Two encapsulates the tragic experience of a generation of Europeans.

One night at a dinner party in Florence, historian Daniel Lee was told about a remarkable discovery. An upholsterer in Amsterdam had found a bundle of swastika-covered documents inside the cushion of an armchair he was repairing. They belonged to Dr. Robert Griesinger, a lawyer from Stuttgart, who joined the S.S. and worked at the Reich’s Ministry of Economics and Labor in Nazi-occupied Prague during the war. An expert in the history of the Holocaust, Lee was fascinated to know more about this man–and how his most precious documents ended up hidden inside a chair, hundreds of miles from Prague and Stuttgart.

In The S.S. Officer’s Armchair, Lee weaves detection with biography to tell an astonishing narrative of ambition and intimacy in the Third Reich. He uncovers Griesinger’s American back-story–his father was born in New Orleans and the family had ties to the plantations and music halls of nineteenth century Louisiana. As Lee follows the footsteps of a rank and file Nazi official seventy years later, and chronicles what became of him and his family at the war’s end, Griesinger’s role in Nazi crimes comes into focus. When Lee stumbles on an unforeseen connection between Griesinger and the murder of his own relatives in the Holocaust, he must grapple with potent questions about blame, manipulation, and responsibility.

The S.S. Officer’s Armchair is an enthralling detective story and a reconsideration of daily life in the Third Reich. It provides a window into the lives of Hitler’s millions of nameless followers and into the mechanisms through which ordinary people enacted history’s most extraordinary atrocity.

Daniel Lee is a senior lecturer in modern history at Queen Mary, University of London. A specialist in the history of Jews in France and North Africa during the Second World War, he completed his doctorate at the University of Oxford, and is also the author of Pétain’s Jewish Children. As a BBC Radio 3 New Generation Thinker, Lee is a regular broadcaster on radio. He lives in north London.

Presented in partnership with the National JCC Literary Consortium and A Cappella Books, Atlanta

All books include shipping to the US and Canada only. Books will be shipped after the event and can take 7 – 10 business days to receive due to Covid-related USPS delays!

Event recording for ticket holders will be available 24 hours after the event for a limited time; please email bookfestival@atlantajcc.org if you would like a copy.

Have a Comcast email? Please refer to this guide to change your spam preferences so your emails with links won’t be blocked:

Find all the gifts you need for your springtime celebrations and more! Introducing The Market at Avalon, a one-stop-shop for all your gifting needs this spring! Featuring...
Free
Edit

This is the regular monthly board meeting of the Atlanta Section of NCJW.  Formerly we met in person in the NCJW office, but during the pandemic,...
Free
View All