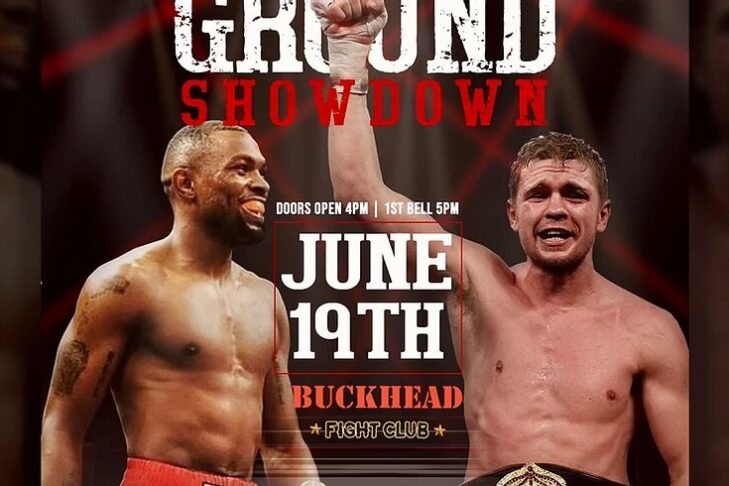 Its the Underground Showdown

Brought to you by Buckhead Fight Club/The Last Round, Freeway.LIVE, and Real Azul!

See top contenders BANG it OUT on the first of our professional boxing series in partnership with Freeway Rick Ross and Real Azul!  This show, our maiden voyage with this powerful team promises to be the BEST show in the city and among the top club shows in the country!

Our 15-fight card line up will feature former WBA/NABF world Super Welterweight Champion Yuri Foreman, from Brooklyn, NY in an 8-round WBF Championship bout as our Main Event, then see Atlanta’s own beloved undefeated Mexican ABF Champion Abel Aparicio as he defends his Featherweight Title!

(Tickets purchased here will be in support of Yuri Foreman)