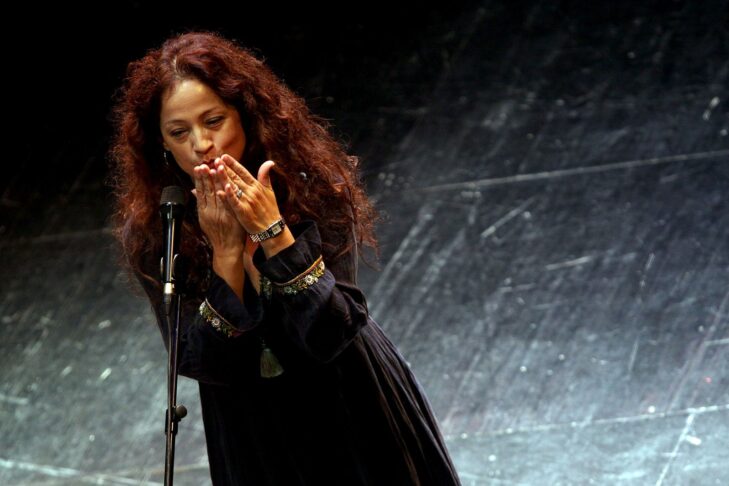 March 2020,  due to the COVID pandemic, we postponed the Molly Blank Concert featuring Perla Batalla performing In The House of Cohen, a tribute to the music of Leonard Cohen. We are happy to announce the performance is now scheduled for the 15th of August and you are invited. Hallelujah!

This performance will be Live Streamed so you can watch it on your screens at home or anywhere you are.

In lieu of admission, we are asking everyone to support this program through a donation to The Breman Museum.  To donate CLICK HERE or Text the message ‘1836’ to 44321.

Grammy-nominated singer-songwriter Perla Batalla consistently earns critical acclaim for her unique voice and culture-merging compositions. Formerly a Leonard Cohen backup singer, the Los Angeles born vocalist launched her solo career with Cohen’s encouragement. Since then she’s recorded seven albums, been featured in films and television, and taken her unique sound on tour in some of the most prestigious venues around the world. The L.A. times writes, “Batalla is comfortable in both English and Spanish, proud of her mestiza heritage, musically adventurous and always accompanied by impeccable performers…. above all, she is a born storyteller with a rambunctious sense of humor.”

Ameris Bank Amphitheatre is a 12,000 seat, state-of-the-art venue providing an exceptional backdrop for some of the biggest names in country, rock and top 40. Let...
Free
View All