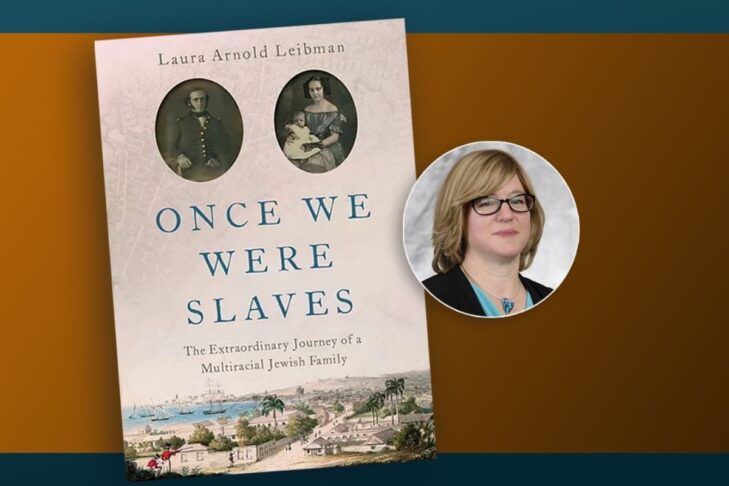 The Jewish Genealogical Society of Georgia presents Professor Laura Leibman speaking about her book – Once We Were Slaves: The Extraordinary Journey of a Multiracial Jewish Family.

Beginning with two small portraits belonging to a Jewish heiress from New York, Professor Laura Leibman traced the family’s ancestors back to Bridgetown, Barbados in the 1700s.  But instead of discovering an exclusively Sephardic ancestry, she found a much more textured and complicated story for this multiracial family.

Laura Arnold Leibman is Professor of English and Humanities at Reed College. She received her Ph.D. from the University of California, Los Angeles in 1995. Her work focuses how material culture changes our understanding of the role of women, children, and Jews of color in the early Atlantic World.
She has been a Fulbright scholar at the University of Panama and the University of Utrecht (Netherlands), a visiting fellow at the Oxford Centre for Hebrew and Jewish Studies at University of Oxford, and the Leon Levy Foundation Professor of Jewish Material Culture at Bard Graduate Center. She has served as the Chair of the Digital Media Committee for the Association for Jewish Studies (AJS), and the academic director of the award-winning, multimedia public television series American Passages: A Literary Survey (2003). She is currently the Vice President of Publications and a Distinguished Lecturer for the Association for Jewish Studies.

Her latest book Once We Were Slaves (Oxford University Press, 2021) is about an early multiracial Jewish family who began their lives enslaved in the Caribbean and became some of the wealthiest Jews in New York.

This event is hosted by The Breman Museum and co-sponsored with the Atlanta Jews of Color Council.