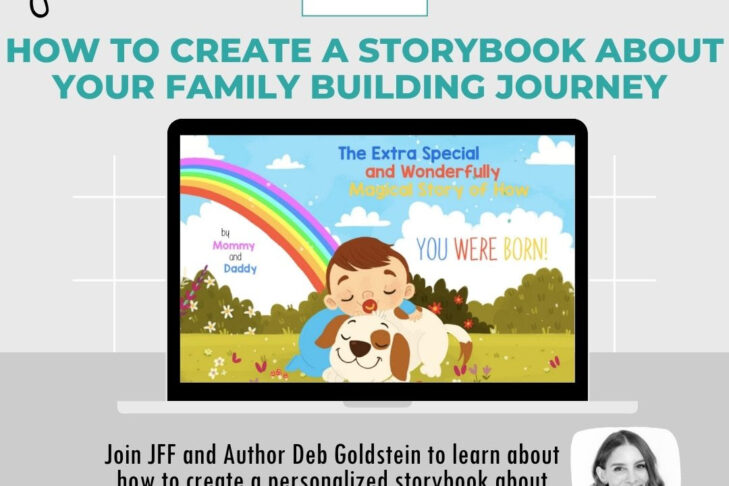 We will be hearing and learning from Deb Goldstein all about how to write and illustrate a personalized story for your child about your personal family-building journey.

Deb’s five-year fertility journey has been a winding road and this past May, she welcomed a healthy baby boy through egg donation. Deb was disappointed in the children’s books that told the story of egg donation, so she and her husband Will decided to write one themselves, featuring their special story.

While this is Deb’s first children’s book, this is not her first time writing. In 2009 and 2012, Deb co-authored two commercially successful books on the do’s and don’ts of digital dating called Flirtexting®. She has appeared as an expert on NBC’s The Today Show, and on programs for CNN, MTV, and CBS. Her work has been featured in magazines such as In Style, Glamour, Cosmopolitan and SELF.

Deb is originally from Griffin, Georgia, studied at the University of Arizona, and currently lives in LA with her husband Will and new baby Cam. She is the Head of Marketing for a Venture Capital firm called Bonfire Ventures.