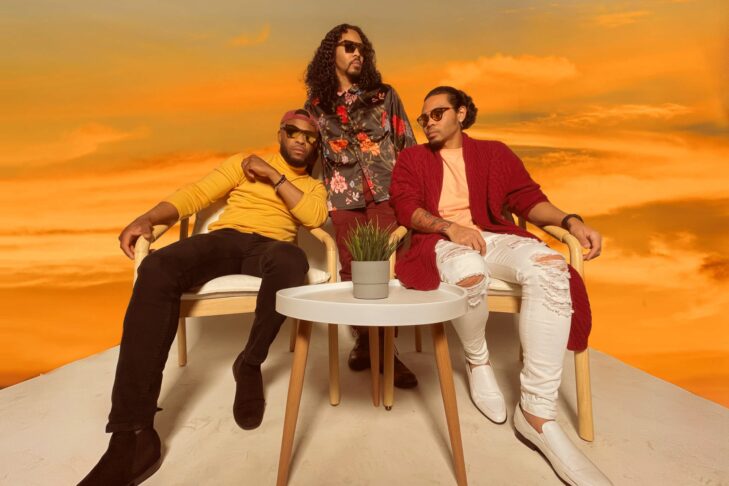 Experience a special concert series featuring some of Atlanta’s most exciting performers and musicians in a relaxed lounge atmosphere. CLUB HERTZ LIVE will feature a new performer each night and a variety of genres during the month of December. Bands and performers were chosen by a panel of music industry professionals.

Gold Shades is a band and production/songwriting group based in Atlanta by way of Bowie, MD and Honolulu, HI. The group consists of twins Marlon and Julian Booker and Gary “Stello” Clark, II. After meeting at Morehouse College in the fall of 2011, they became a group in March 2012. Though their genre of music would largely be classified as pop/funk, the group boasts a diverse and versatile sound that allows them flexibility and full creativity, having first been classically trained before expanding into the realm of modern and popular music. Collectively, the group plays more than a dozen instruments, and writes, composes, and arranges all their material — recorded and live. Their talents have taken them to venues such as the Apollo Theater in Harlem for Amateur Night on two occasions, and Wolfcreek Amphitheater in Atlanta opening for Jagged Edge and Avant.

They have also worked with several Grammy Award-winning/nominated producers and songwriters. On January 11, 2019, Gold Shades released their debut self-titled album and performed their album-release concert to a sold-out crowd at the famous Smith’s Olde Bar in Atlanta. Their most recent release is their single “Love Baby,” which came out in February 2021. Check out their debut album “Gold Shades” and other releases on all major online music platforms!