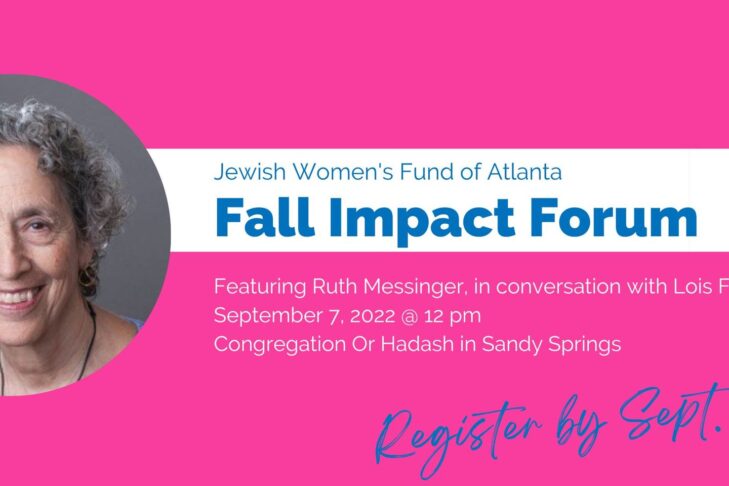 Ruth Messinger is a tireless visionary and advocate for social change in both in the Jewish and secular communities. As the head of the American Jewish World Service (AJWS) for nearly 20 years, she mobilized American Jews and others to speak out about injustice, give generously, and advocate for poor, oppressed and persecuted communities around the globe. In addition to her nonprofit work, Ruth spent many years in the political arena, notably as the first woman to secure a major party nomination for mayor of New York City. She is one of the most well-known and respected Jewish women, once named the sixth most influential Jew in the world by the Jerusalem Post.
Ruth joins Jewish Women’s Fund of Atlanta in person at our Fall Impact Forum on September 7th at noon, to discuss her history of activism as part of a candid conversation with longtime friend and fellow activist, Lois Frank.
Mark your calendars and stay tuned for registration details!
Quarterly impact forums are open to JWFA Trustees and Associates.