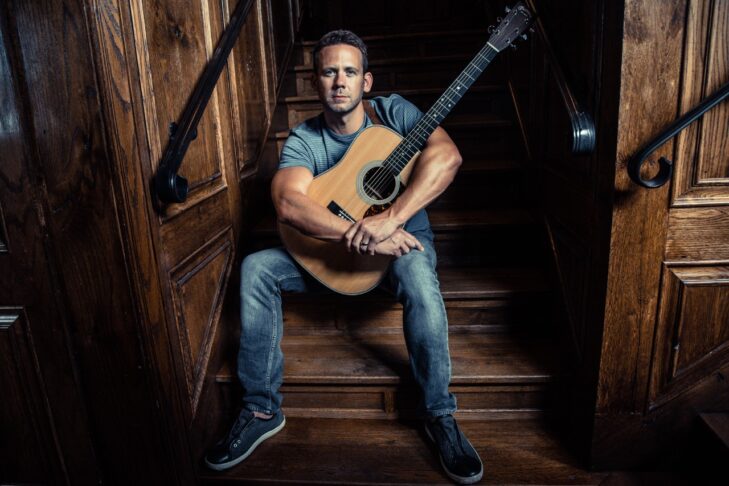 Experience a special concert series featuring some of Atlanta’s most exciting performers and musicians in a relaxed lounge atmosphere. CLUB HERTZ LIVE will feature a new performer each night and a variety of genres during the month of December. Bands and performers were chosen by a panel of music industry professionals.

Haddon Kime is a songwriter, sound designer, and lyricist, and is currently resident composer at Out of Hand Theater in Atlanta. Haddon usually spends his time behind the scenes of theatrical and film productions, so he is extra excited to have the opportunity to perform some songs for you at Club Hertz Live! Haddon is credited with creating the world’s first original musical designed to be performed remotely over video conferencing software (LAG: A Zoomsical Comedy, produced by Out of Hand Theater). Other original musical adaptations for which Haddon has written music and lyrics include Scapin: A Pop Rock Musical, Wicket: A Star Wars Parody Musical, Frannie the Flamingo (TYA), and most notably The Snow Queen: A New Musical (Music and Lyrics), which has been produced Off-Broadway as well as London, Sydney and Tokyo. Other Off-Broadway credits include The Atheist (with Chris Pine), Haymarket, The Blowin of Baile Gall and Ring Twice for Miranda. Regional credits include The Red Room: An Underworld Cabaret (music and lyrics) for the Alliance Theatre Reiser Lab, As You Like it and The Death of the Novel at San Jose Rep, A Streetcar Named Desire and Rosencrantz & Guildenstern Are Dead for New Repertory Theatre, and Richard III for Georgia Shakespeare. Haddon is the winner of two IRNE awards for best original music/sound design, a TANNE Foundation Award for Artistic Excellence, and a Reiser Atlanta Artists Lab grant from the Alliance Theatre. Hear Haddon’s work and learn more at www.haddonkime.com.

Mike Kinnebrew is a singer, songwriter, and recording artist born and raised in Atlanta, Georgia, and currently resides in Macon, GA. Mike’s music is laced with familiarity and comfort, and his lyrics tell the story of his heart. His passion for music and its ability to engage is made evident by the swell of enthusiastic fans, some of whom are fellow musicians, such as Drew Holcomb of Drew Holcomb and The Neighbors, and Matthew Perryman Jones. Mike has performed in many venues such as Eddie’s Attic and Smith’s Olde Bar (Atlanta), The Capitol Theatre (Macon, GA), and made special guest appearances at The Old Edwards Inn (Highlands, NC). Mike has performed with Oteil Burbridge (The Allman Brothers Band), Kristian Bush (Sugarland), Matthew Perryman Jones, Drew and Ellie Holcomb, Gabe Dixon (Tedeschi Trucks Band), and Andrew Ripp. Mike traveled to Nashville in 2010 to record his first CD, “Between the Living and the Dying” at the famed Smoakstack studio, which was produced by Andy Hunt (Drew Holcomb and the Neighbors, Third Day). In 2019, Mike returned to The Smoakstack to record singles, “Where the Big Waves Are” and “Just Getting Started,” which was produced by Paul Moak (Matt Kearney, The Civil Wars, Dave Barnes, Gabe Dixon).