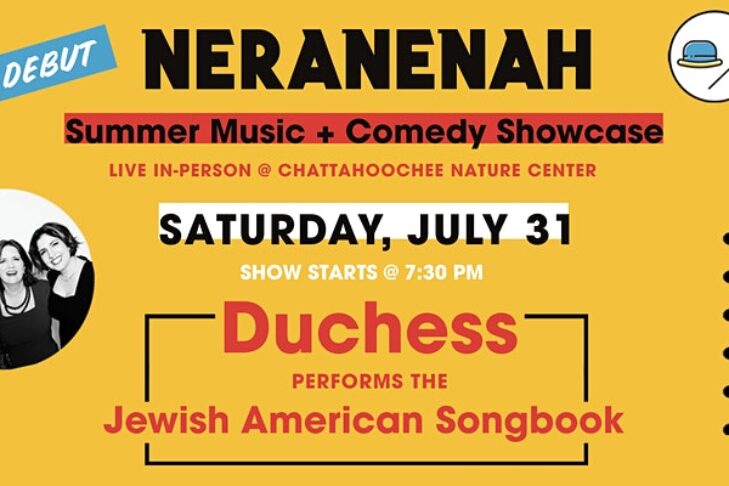 Meet Duchess— a jazz vocal trio known for their tight harmonies and rhythmic experimentation. Hailing from New York, Amy Cervini, Hilary Gardner, and Melissa Stylianou charm audiences with their sure-footed choruses and carefree shows. Their musical performances channel the inspiration and tradition of the swing-era Boswell Sisters, all wrapped into a contemporary package.

The three singers are all highly regarded solo artists who perform more outside the group than in it. But when harmonizing in Duchess, the singers deliver a gorgeous sound that’s distinct from anything they create on their own. With three albums currently released, the group is working on a live album for later this year.

The New York Times proclaims Amy Cervini as “a thoughtful and broad-minded jazz singer. Her love of song brings a wide range of great material to her performances, whether it’s Rodgers & Hammerstein or Lyle Lovett, Blossom Dearie or Willie Nelson.” In June 2018, she released her fifth solo album, “No One Ever Tells You.”

Hilary Gardner “evokes memories of another time and place,” according to NPR. Her voice has brought her to unique performance venues such as singing at Ralph Lauren’s 2019 fall launch at New York Fashion Week and making a cameo on a Moby record. Her first two solo recordings, “The Great City” and “The Late Set,” take inspiration from the city she loves: New York City.

Melissa Stylianou has been turning heads and capturing hearts while performing at the top festival stages or at her residency at 55 Bar in Manhattan’s West Village. The New Yorker has described Stylianou as “an affecting jazz singer with a taste for choice material.” Her newest album, “No Regrets,” is about the joy of spontaneity and making the most of the moment

For Neranenah, Duchess will be performing a program of the Great Jewish American Songbook, featuring tunes that were composed or made famous by Jewish artists.

How to Handle Re-entry Anxiety