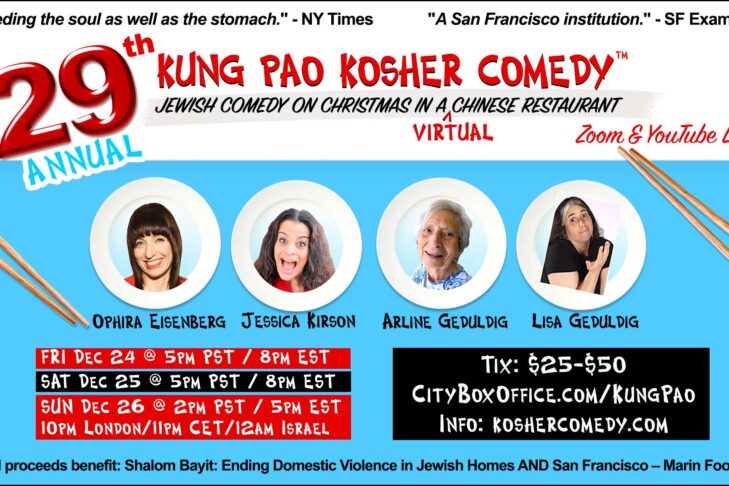 Answering the age-old question, “What are Jews supposed to do on Christmas?” Kung Pao is an institution in San Francisco (and one of the city’s longest running comedy shows).

The event normally takes place in San Francisco’s Chinatown but due to the pandemic took place in Cyberspace last year (catering to 2000+ livestream viewers) as it will again this year, but next year for our 30th Anniversary, we’ll be live in person (a hybrid show, actually).

Zoom viewers will be able to reserve Breakout Rooms to gather with friends and family and chat and chew before the show.